As you may have gathered, I am a little sister. I grew up with an older brother. Many people say we are 3 years apart, but I suppose we are 2 years and 365 days apart. The year I was born was a leap year, so there was an extra day in there. We were almost born on the same day. My brother was born on July 28th at 1:32am, and 2 years and 365 days later I was born on July 27th at 3:31pm. I was the best birthday present a 3-year-old could ask for.
For those of you who know my brother nowadays, he wanted me when he was 3. He loved me so much that when I was growing up and supposed to be hitting my growth milestones, my speech growth was delayed. Why you ask? Because when I was younger I would point and grunt at things I wanted and my loving older brother would run and get it for me. Why would I need to learn to talk if I could communicate with grunts and pointing? Needless to say, my parents stopped my brother from being my lackey, and I learned to speak which is when my brother began falling out of love with me. 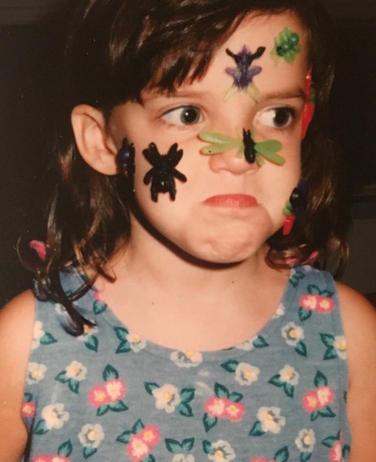 There is one thing and will always be one thing that my brother will love more than anything in the world. Animals. My brother has entirely laid out plans for a zoo and an aquarium. It includes which animals would be at each enclosure, what the sex of the animals would be, feeding schedule, feeding needs, habitat needs, and where he would be able to locate the animals. Every family vacation included at least one zoo or aquarium or nature preserve of where ever we were. While granted I have seen some pretty amazing zoos and aquariums, there are only so many times I can look at the same kind of fish and fain my enthusiasm. My brother definitely took my family on many adventures that looked the same, and to an outsider that wasn’t my brother they were, but to my brother, they were new every time and got better and better with each visit.